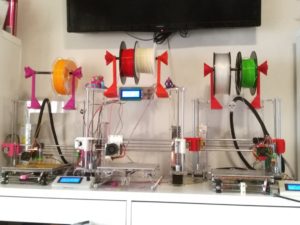 We have three 3D Printers at the moment.  Here is the story behind them…

Back in 2014, a friend at work showed me a 3D printed tentacle from Day of the Tentacle.. it was a bit blobby and blocky, but it was something that his friend printed from home.  That was the day I started thinking about all of the wonderful things I could make if I had a 3D printer.  All of my ideas could come to life!

The First Folgertech Prusa i3 Acrylic (My Printer)

In 2015, I started dropping hints with my wife about 3D printing… she would have none of it.  She didn’t see the potential that I did and she didn’t understand… it wasn’t fair!  Throughout 2015, the hype of 3D printing started to build and more social media came out about it.  Finally, she wathced an episode of Elders React to 3D printers and got really excited about the process.  I had the printer I wanted already picked out and in my cart, so as soon as she said we could get one, I clicked checkout! (The printer was in my cart for about a month). 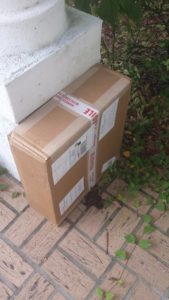 Once the printer arrived, I built it in a spare room closet in secret because I was too excited to wait on clearing out a room for it.  IT came to the big day to print something, so I called my wife into my secret laboratory and we watched the first print being born on our printer.  From there, it was a full blown obsession.  I showed her how to use the 3D modeling tools that were readily available and she got so involved that she took over my printer. 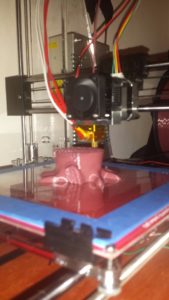 The Second FolgerTech Prusa i3 Acrylic (My Wife’s Printer) 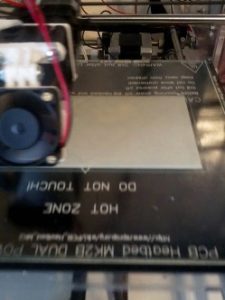 We welcomed home a 2nd 3D printer a few months later and set it up for her to learn on.  Her printer had a personality all of its own that I was not expecting at all!  It was the same brand and type as mine, but it reacted differently to our settings we used.  That is when we learned that not all 3D printers are the same.  They are all different and all need a different type of care.

The Anet A8 Printer (Our Printer) 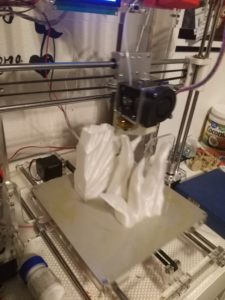 Fast forward a year, and I happened to find an auction for a used 3D printer needing a good home.  I thought it would be nice to have a basic printer in the house as our printers all had heavy modifications installed on them.  I bought it and it is a very welcome addition to our family of printers.